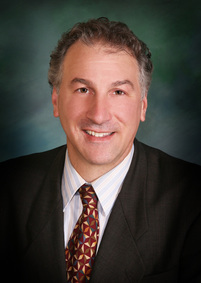 Christopher A. D’Ovidio is the principal of D'Ovidio Law.  He is a member of the Rhode Island Bar, United States District Court for the District of Rhode Island, United States Court of Appeals for the First Circuit and United States Supreme Court.  His practice focuses on land use, zoning, municipal, administrative, environmental and property law. He also provides general legal services for individuals and businesses.

He serves as General Counsel to Pawtuxet River Authority and, in addition to his practice of law, he is a professor of land use law at Roger Williams University School of Law.  Christopher was formerly Assistant Solicitor to the Town of New Shoreham, an attorney for the Conservation Law Foundation and environmental scientist and engineering technician for the Rhode Island Department of Environmental Management.

Christopher’s peers recognized him as a Rising StarTM in Land Use and Zoning Law in 2010 and Environmental Law in 2008 and 2011, in the New England Super Lawyers publications. He has been an invited lecturer in various forums, including, the 2010-2016 Rhode Island Bar Annual Meeting to present recent developments in environmental and land use legislation, regulations, polices and case law. With nearly 30 years of experience in the field of local, state and federal environmental and land use and zoning laws, Christopher offers a diverse and unique professional background to his clients.
​
Rhode Island Bar Journal March/April 2007

CHRISTOPHER A. D’OVIDIO, ESQ.
​Congress identified public participation rights as a critical means of advancing the goals of the Clean Water Act in its primary statement of the Act's approach and philosophy.1 EPA has acknowledged that “technical issues relating to the issuance of NPDES permits should be decided in "the most open, accessible forum possible, and at a stage where the permitting authority has the greatest flexibility to make appropriate modifications to the permit.”2 On a practical level, public participation yields better environmental decisions because the public often provides valuable information that EPA/DEM or the applicant is unaware of and/or does not have access to. Moreover, the public has a right to know how pollution is being regulated in their communities, and what steps are being taken to improve their quality of life.
This article presents a summary of the Clean Wat​er Act, describing the essence of the statute, and brings into focus the Citizen Suit Provision of the Act and its role in allowing citizens to participate in restoring Rhode Island’s waters. Click here for article_